We both have been a couple for say last ten years. Though I have been really shy about proposing, he had proposed me at Delhi for the first time. He went down on knees at the crowded India Gate at Delhi. I was shocked, surprised, stunned and super-happy, all at the same time. I said “Yes” the first time itself and married him years later. 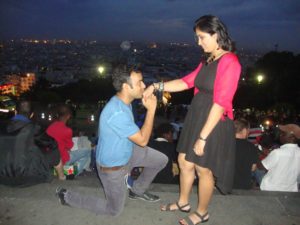 However, he proposed me again at Sacred Coeur at Montmartre, Paris last year. We could see all of Paris from this place and this is one of the most romantic places in all of Europe. I was not shocked this time when he proposed, I just posed for the photograph.

In our case, we are past the stage of popping the question on this Valentine’s Day. But, if that was not the case, This is how I would have proposed him the bold way. This is all happening in dreams as I am a really shy girl.

In my opinion, a bold proposal must have the following:-

1. Propose when he is not expecting it.

3. There should be public around to clap, cheer or just for the background.

4. There should be someone to photograph the movement. 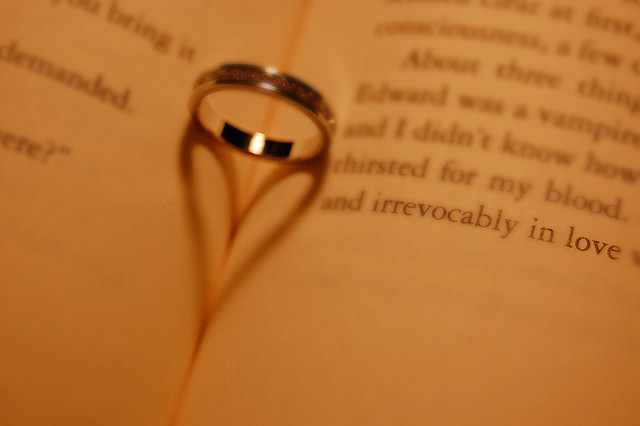 My Idea for Bold Proposal

My guy is a Spiderman fan. So I would buy tickets of next Spiderman movie at the multiplex for the Saturday evening show. This show timings would ensure enough crowd. I will tell him to reach cinema at least half an hour prior to movie show. I will also arrange with one of my friend (whom he does not know) to be at the cinema hall to take the photograph. I will purchase a Spiderwoman dress and change in multiplex change rooms. Then I will meet him near the entrance of the screen, dressed as spider woman to propose him. I will hug him and propose him.

I am sure he would not be interested in that show after the proposal. But, I would push him to watch the movie instead, with Spiderwoman sitting on his side.

I am so happy to even think of it. I am pretty sure it would be really amazing when this happens. Knowing the shy girl in me, this one is a real dare for me. I just hope that my love for him gives me enough guts one day do this.

Close up has come up with a wonderful initiative, called Cupid Games 2015 to motivate people like me to be daring and make a bold proposal to their partner. You can check it out at Cupid Games 2015 , the setting goes something like this:-

1. You need to rotate a spin a Spinwheel which has Close Up mounted on it.

2. It will stop and offer you a “Dare way” to propose. You have the option to take the dare, forward the dare to a friend or spin it again.

If you are daring person planning to propose your love on Valentine’s day 2015, this is a wonderful site for ideas. Also, you can win awesome prizes in the bargain.

If you are a shy person, then spin a daring proposal and forward it to your partner. This is really funny way to check how much he loves you.

A Crazy Idea – Ask for Proposal

If you are waiting for someone’s proposal to say ‘yes’ to him/ her, then I have a crazy idea for you. Just spin the wheel and forward it to that “special someone”. If he is also “into you”, he will get the indication and “Pop the Question”.

This post is written for Happy Hours at Indiblogger.