Yoshimitsu as one of the Human Statues

With human statues around, children are transported to their wonderland. You will find a lot of kids on the street pestering their parents to get them clicked with the human statues. However, kids do get scared and surprised when these human statues suddenly gets up and hold them. I found the occasional wink from these human statues really funny. Though these pictures have not been taken in Barcelona Carnival, they portray the artistic spirit of Barcelona.

It’s not easy to get attention of Human Statues One more thing I noticed about these human statues is that, it is difficult to get their attention. If you don’t tip them and try to take a picture with them, they will not hesitate to hide their faces. They will even make frowned faces and spoil your pictures. 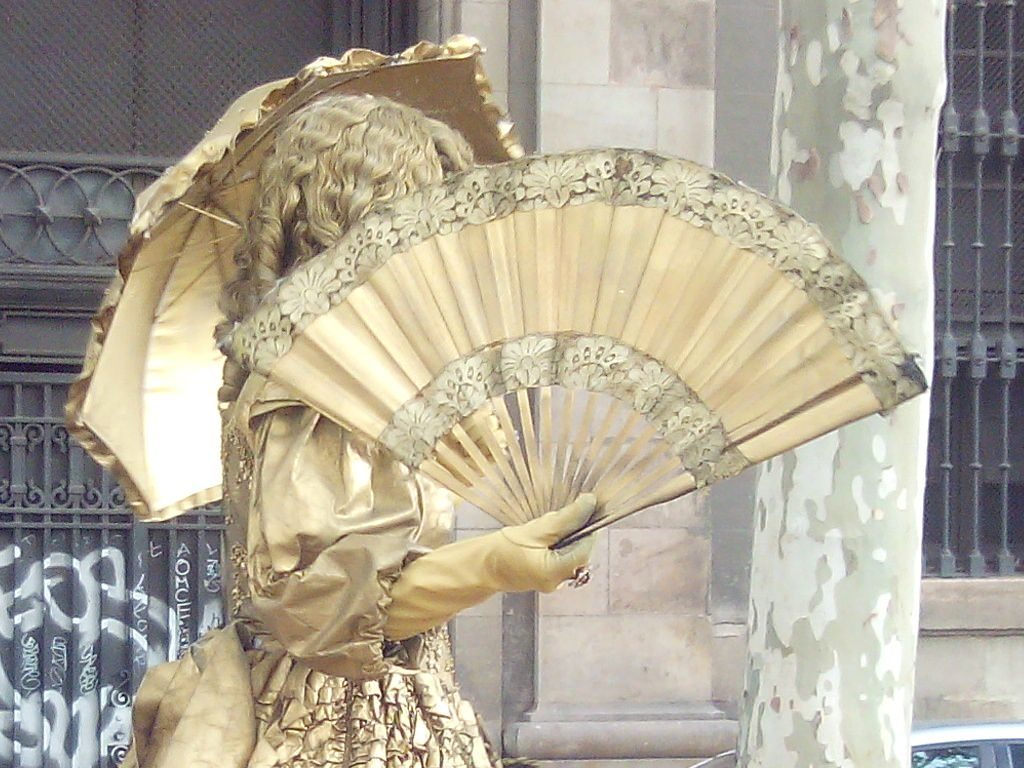 Living Statues will hide their faces if not tipped

I must say that even the newly wed brides in India do not hide their faces so much. I did not tip them initially just to see their gestures. Sometimes, it is amusing to see variations of human behavior. I must tell you that these human statues are really good actors. 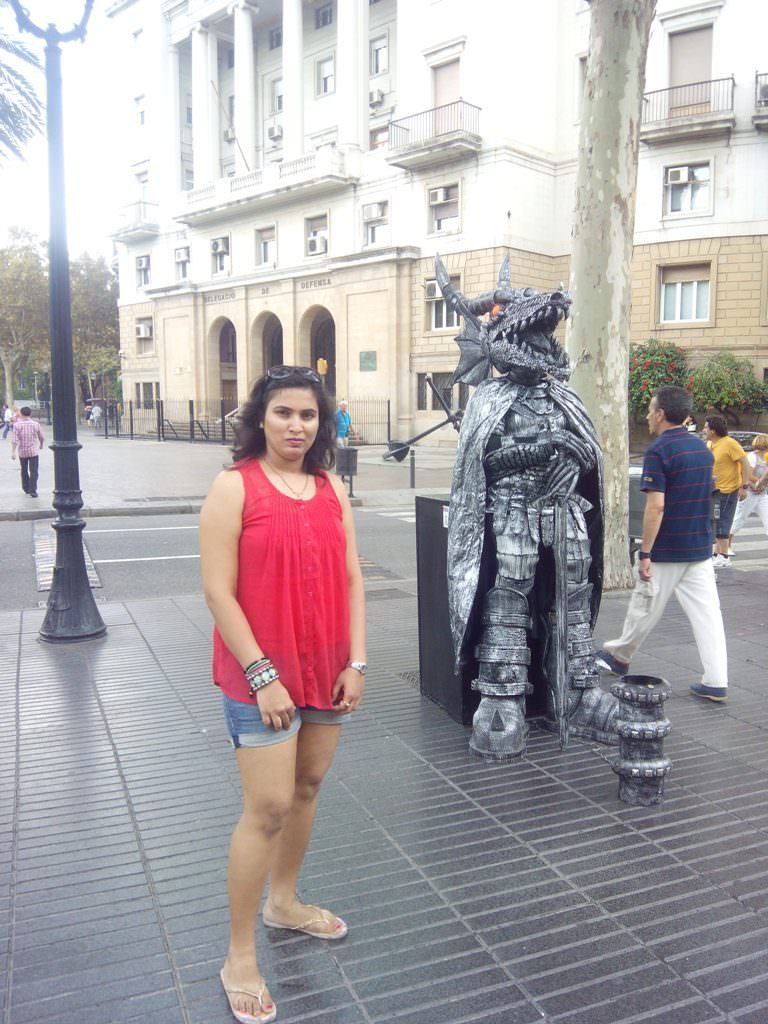 Human Statues in Dilemma to pose or not to pose

We took this picture just before tipping him. Rex was reaching out to tip him but I told Rex to take the photograph first. So, this human statue was in a state of dilemma. The artist was unsure whether we are going to tip him or not and simply stood still.

Should we tip these Living Statues?

In my opinion, we should tip these living statues. These people really work hard in make-up. They spend a lot of time getting dressed up. Also, it must be difficult to pose still for long hours. They are not like traditional street beggars who do nothing other than pestering people. I tipped these guys with 50 cents. Was he caressing my hairs or blessing me? My god! He had big nails. It was really scary as well as amusing. Overall, we spent some twenty minutes at this place in Barcelona. We really liked it here and had some funny moments. You don’t get such nice pictures often in less than a Euro.

Did you like this post on living statues in Barcelona? Have you experienced such street artists during your travels? I would love to hear your experience and views through your valuable comments.